Dear Jeremy, or may I call you Jezza 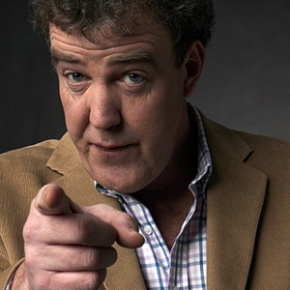 You and I actually have a lot in common.   Apart from the fact that my husband quite likes both of us (actually possibly you more than me), we both come from relatively small towns. We both had working class parents who worked hard and did quite well for themselves. We were both relatively clever and so left to seek our fame and fortune in the big bad world.

I, unlike you, actually returned to the town of my childhood, the town where you, the voice of the working man, now send your children to boarding school. I believe we frequent the same Pizza Express.

Therefore, because of our kindred spirit, I thought you would appreciate me explaining a few things about the current pickle you are in.

I, although younger than you, grew up around a fair amount of casual racism. Wiggy, Waggy and Wally was my Gran’s preferred book at bedtime. When asked where Mum was, I would often be told that she’d ‘run off with a black man’, and we had an affectionate name for the corner shop that was largely based on the ethnicity of its owners. My Dad thought Alf Garnett was hilarious, and not in the satirical way it was intended. My parents were not bad people, they were not BNP members although my Dad did have an unfortunate fondness for Margaret Thatcher.  I am not disrespecting their memory to say this and I’m not patronising them when I say that they didn’t know any better.  In fact, I would go so far as to say they were incredibly kind and decent.  However, hey – it was the 80s.  Just as we didn’t wear seat belts, or thought Vienetta was classy,  they were ‘of their time’.

This is not that time. I am not that time.  I grew up, I left home, moved to the big city and learnt a lot about life and the world outside my small town. I can honestly say I have never used the language of my childhood as an adult. It could well still be in my head somewhere. It has never slipped out, it has never been uttered when I thought no one was listening, taken out of context or mumbled.

I just don’t say it.

The reason I don’t is not because I don’t believe in free speech, or want political correctness to go mad. It is because it is wrong. Not just to huge number of people it is used against, but also to me. That is because I am not racist.  Therefore, as someone who is not racist, I neither use these words nor allow others to use them in my company, overheard or not.  You see they are not just words, they are weapons that have been used for generations to put people in their place. At it’s very root, this is the language of slavery, of oppression and violence. It doesn’t matter that you use these words mischievously, or out of context, and you haven’t got a baseball bat in your hand. These words matter.

We are quick (quite rightly) to denounce people who desecrate or vandalise war memorials, even though they mean nothing to the offenders. Whether it’s mischievously spray painting Churchill or absent-mindedly mistaking a monument for a urinal. They are symbols which mean something to us, and to others. They matter.

The Sun, and many of your fans, may leap to your defence saying that ‘hard to believe this was once innocuous’, but it was NEVER innocuous. It was never innocent or a bit of harmless fun. It was an expression of power and humiliation. We just, on the whole, never used to care that much. But we should care now.

You knew exactly what you were doing. This did not just pop out like ‘fuck’ when you’ve stubbed your toe. You had a decent run in, and had the forethought to pause, switch to mumble mode and carry on regardless. This was no slip of the tongue. This was a deliberate attempt at straight talking, no nonsense, I just don’t care Clarkson. It was no more a genuine mistake than the ‘slope’ comment, or gag about the Mexican, or the murdered prostitutes.

You’re not stupid. Much like Farage, you have made your career on your ability to connect with the common man (and it usually is men) when you are largely anything but. You have earned millions of pounds, both directly from and off the back of the licence fee because you claim to represent average people – straight talking, what everybody’s thinking. MY MONEY. You’ve earned so much money that, just like the city bankers, you think you are too big to fail. Like an ungrateful indulgent child you are constantly pushing the boundary of that power to see just how far it goes, like nicking tenners from your mother’s purse.  Poor Carol Thatcher couldn’t survive a similar ‘off camera, off the cuff’ remark and her Mum used to BE the Prime Minister, never mind just have dinner with them.

Possibly the world’s greatest thinker once said ‘With great power comes great responsibility’ and everyone needs to remember that. In a time when bananas are still being thrown at footballers and wannabe politicians think Lenny Henry should move to a black country, it’s about time you took that responsibility and showed people how to behave, showed them what is acceptable and what a ‘thoroughly good bloke’ really looks like. I will tell you now that it is not a man who thinks it’s big and clever to not so accidentally use racist language in a humorous context and then cowardly grovel in order to keep his job.  I’m not sure you know what a thoroughly good bloke is.

So Jeremy, go home.   Honestly love, for your own sake, put your feet up, count your money, shout at the telly and let someone decent have a go.